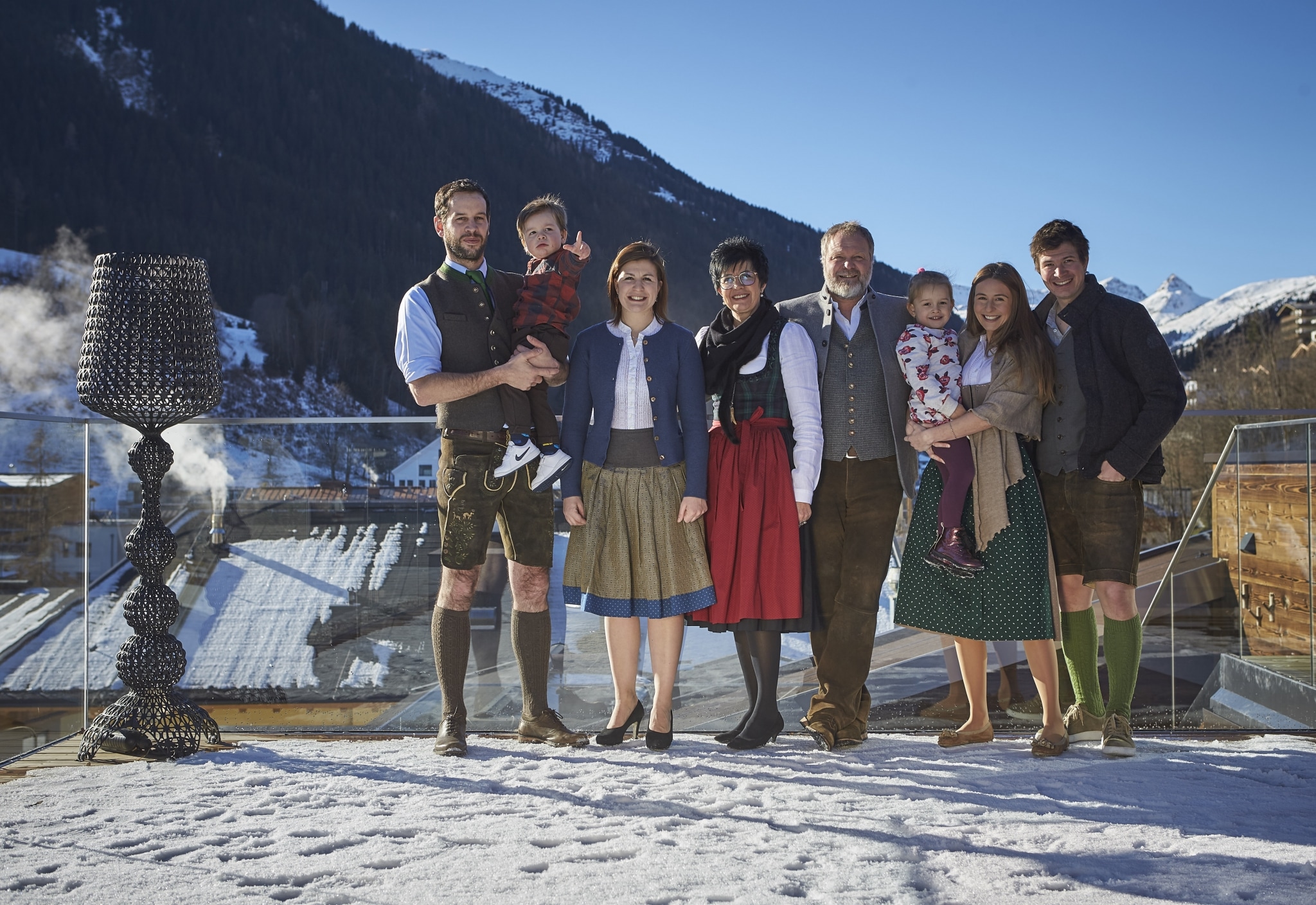 Your hosts,
the Steger family
at the Hasenauer

Cosy, casual and cheerful - all at the Hasenauer

As a family, we consider it particularly important that the Hotel Hasenauer is a place where you and your family and friends can really let their hair down during your summer or winter holiday in Saalbach Hinterglemm. As soon as you arrive, you will see what we mean by that. We are open, uncomplicated, athletic people and we are looking forward to showing you our holiday region. This is a holiday where personal relationships come first,

followed by a love of nature, of exercise, of outdoor adventures. After all, we are at the heart of the fantastic hiking, biking and skiing destination that is Saalbach Hinterglemm! Let us inspire you with our passion and show you all the things there are to see and to discover, both in the hotel and in the wider region. And every adventure is rounded off with culinary pleasures and relaxation – because it’s good for us and makes us fit for our next outdoor project. 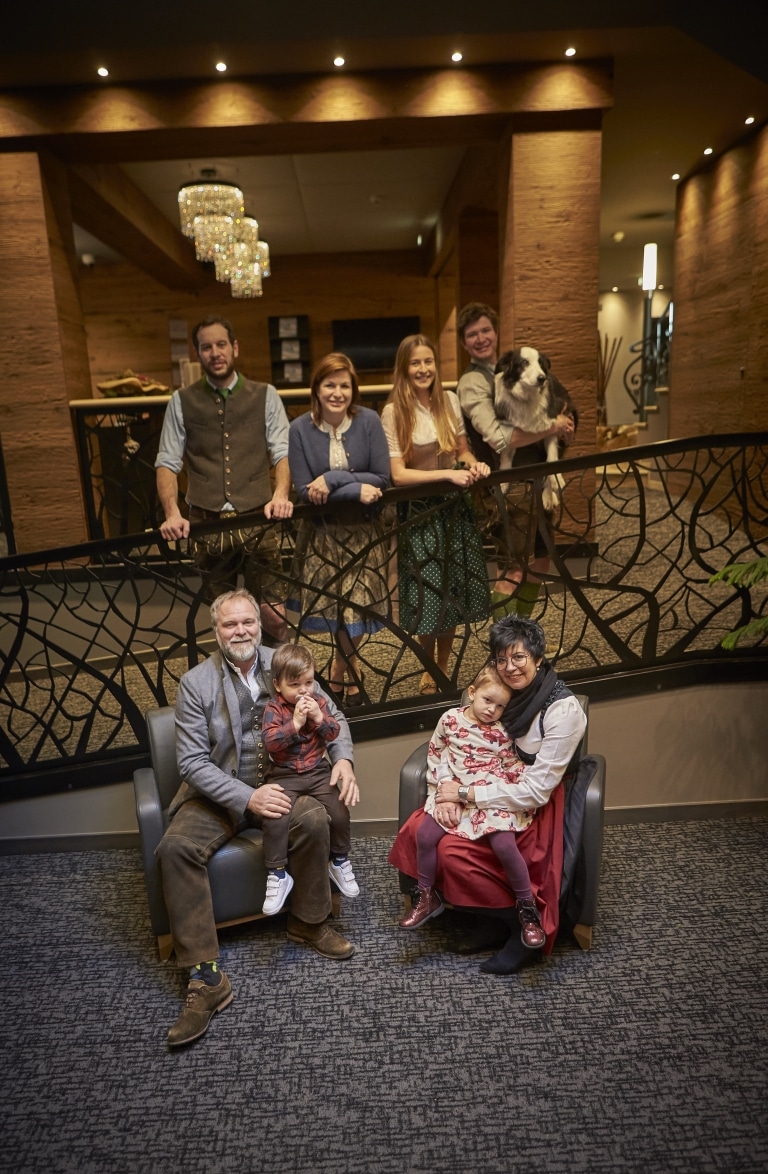 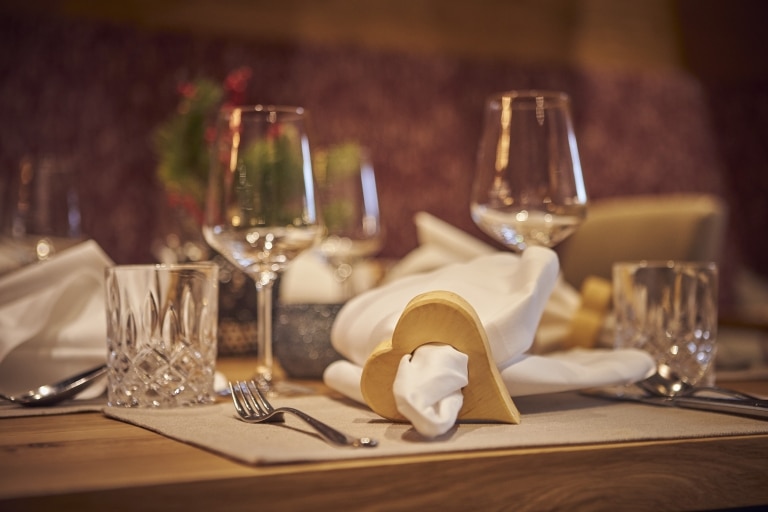 From the past to the present in Saalbach Hinterglemm

The history of the Hotel Hasenauer

The Hotel Hasenauer in Saalbach Hinterglemm that you see today didn’t just spring up overnight. After all, all the beautiful things in life need time to grow and flourish. It all started in 1955, when the Hasenauer family opened the “Pension Hasenauer” with 16 double rooms in Saalbach Hinterglemm. An á la carte restaurant was added six years later, followed by the first extension in 1965. From then on, there was no stopping the Hasenauers: They acquired the Sporthotel Schattberg and began to build the Gästehaus Hasenauer in 1972. In 1990, the renovation and extension phase of the Hotel Hasenauer was completed. In 2010, it was time to tinker around the edges once more to restore the hotel to its full glory.

Ten years later, in 2020, the time had come for another big project – the full-scale renovation and remodelling of the Hasenauer that kicked off in April 2020 and that added 21 new family double rooms, suites and studios, the rooftop relax area on 2 levels, a new fitness lounge, a 70m2 family play area, a family chill-out area and much more.

We are here for you!

The Steger family at the Hasenauer

The Hasenauer has grown and matured with the Steger family, and every single one of our family members contributes to the hotel in his or her unique way.

Fritz senior is always up for a laugh, no matter how late the hour. Deputy manager Sabrina has a passion for the hotel industry, for her family and for the mountains! Her children Emma and Johann constitute the fourth generation at the Hasenauer. Hanni is the fairy godmother behind the scenes and keeps everything running smoothly together with Sabrina. Fritz junior is coolness personified – after all, he is also a Glemm Guide, and mountain-biking is his life! Hansi Hasenauer is Sabrina’s partner and proprietor of Rabbit Sports by Hasenauer, where you will find everything you need for biking, hiking or skiing. Vanessa is Fritz junior’s partner and is responsible for your well-being during our beauty treatments in our SPA department.

In a word – this place is run by kind, fun-loving people whose sole mission in life is to ensure that you have a great holiday! 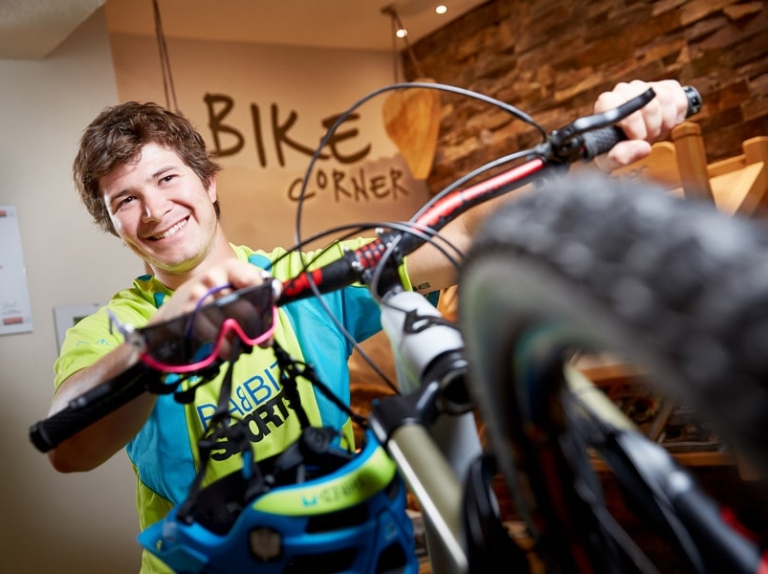 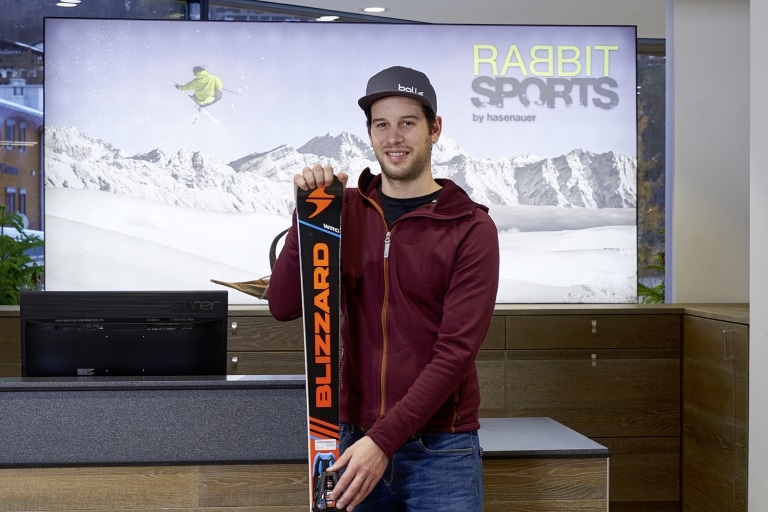 Are you interested?
Enquire now and book your dream holiday! 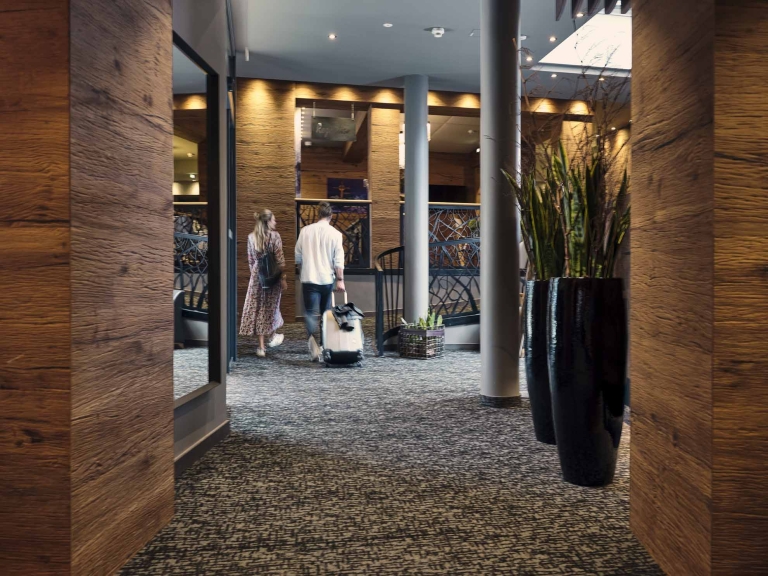